Let’s look into how we can transfer native relay-chain assets (DOT or KSM) to our Astar or Shiden.

This will be a more low-level demonstration since we’ll be using the Polkadot.js portal. Standard users will interact with this via our portal where all the complexity will be hidden, so don’t worry! 🙂

For this demonstration, we will use Shiden Network and KSM tokens.

Initially, we have no KSM assets on Shiden.

Let’s now prepare and bring some assets from Kusama over to Shiden.

This will be an example of VMP protocol usage or DMP to be more specific. We will make use of the reserve_transfer_asset functionality. This consists of moving an asset on one blockchain to another blockchain via an intermediary Sovereign account. Origin chain asset won’t be destroyed, instead, the Sovereign will hold it. The target chain will mint a wrapped asset and deposit it to the target address.

The Sovereign account ensures that the same assets cannot simultaneously be used on both chains. It also guarantees that the wrapped asset is interchangeable with the asset on the origin chain.

Alice wants to send some tokens to an account on Shiden Network so she prepares reserve_transfer_asset call on the relay chain. Parameters look like this: 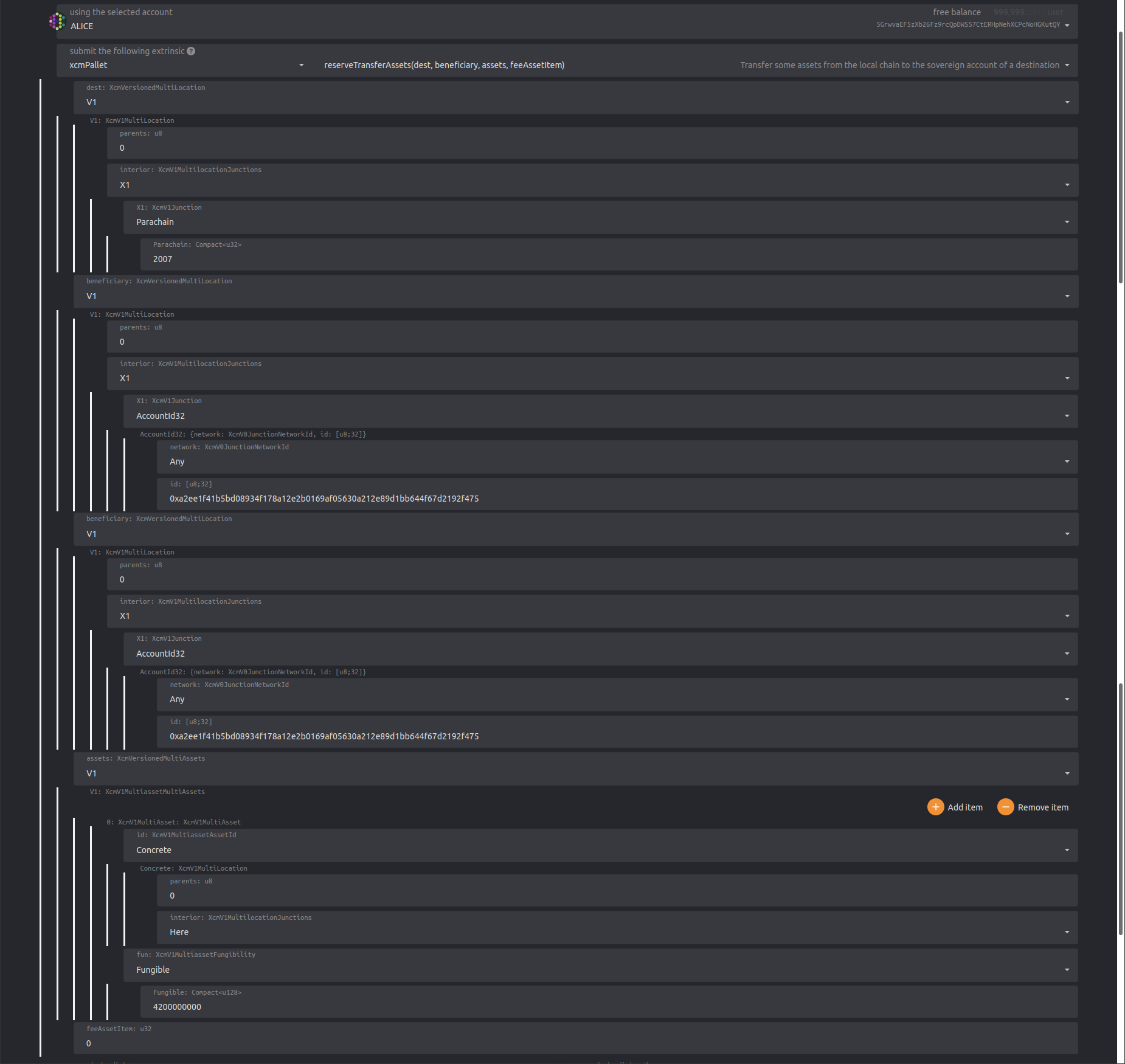 After initiating the transfer, we can observe what happens on the relay chain:

Execution of an XCM message was attempted and funds were transferred from Alice to the Sovereign account.

On the Shiden side, we can observe the following: 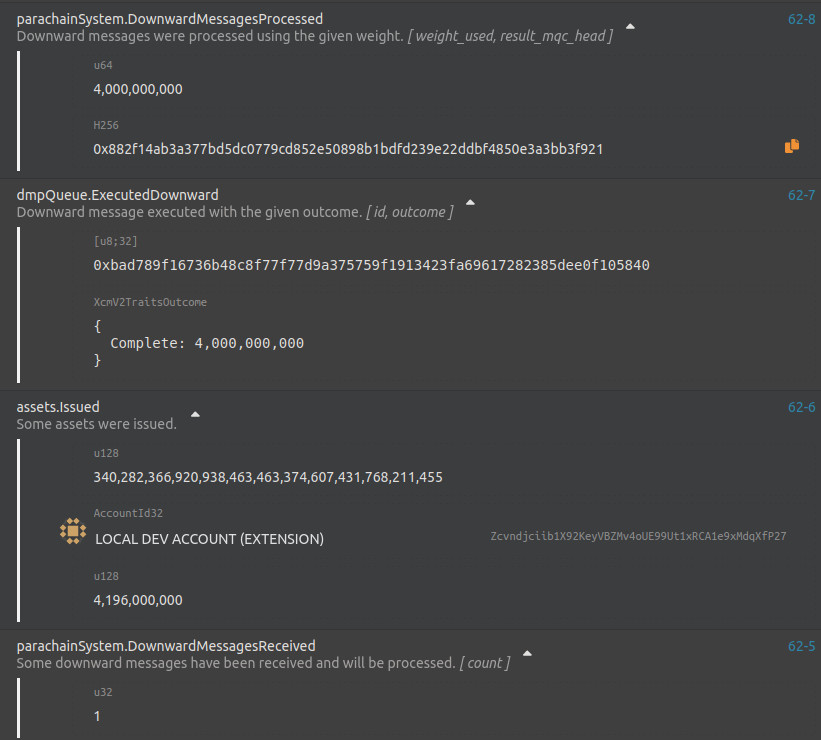 Note that that received amount is less than what was originally sent. This is because 4000000 has been used to pay the transaction fee on the destination chain.

We’ve successfully transferred assets from Kusama over to Shiden!